When you make contact with a certified Antigymnastique practitioner, you are assured of dealing with a competent and qualified professional whose work is true to the method developed by Thérèse Bertherat.

After completing their training over a two year period, certified Antigymnastique practitioners sign an Agreement in which they commit to continuing their education to maintain their practice, which is also an art, to the highest level. Practitioners’ license certificates, granted since 2001, are updated on a yearly basis.

Every single part of my body 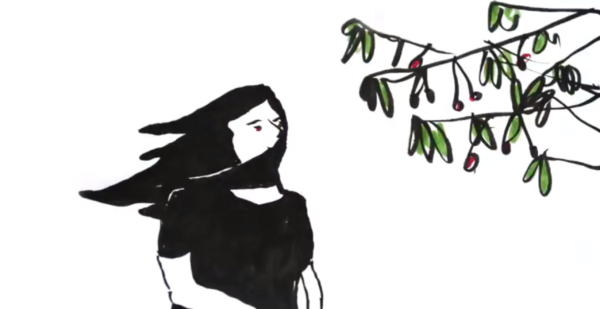 We gave carte blanche to 4th year students of the renowned École Nationale des Arts Décoratifs in Paris, France, to create Every single part of my body by Antigym®.

Physiotherapist Thérèse Bertherat is the creator of Antigymnastique and the author of the best-seller The Body Has Its Reasons.

Dissatisfied by the dryness and inflexibility of her physiotherapy studies, about which she writes, “we were studying the body one muscle at a time, one bone at the time, but never the body as a whole, always in separate pieces, and it was the same approach for the treatments”, she became interested in other therapeutic modalities.

Thérèse Bertherat trained as a Mézières physiotherapist and then went beyond, conducting her own research. She investigated other body therapies, including bioenergy, Eutonia, Rolfing, Gestalt therapy, acupuncture, and the concepts of Chinese medicine, which complemented her knowledge of psychoanalysis masters such as Freud, Jung and Wilhelm Reich.

But more importantly, she worked with her patients, slowly refining her Antigymnastique method and making it available worldwide by training practitioners.

Thérèse Bertherat has now passed the torch to her daughter, Marie Bertherat. A longtime Antigymnastique practitioner, Marie Bertherat is currently the Antigymnastique leader and oversees practitioner training worldwide. A graduate in Political Sciences from the University of Paris, she has authored numerous books that have been translated in several languages, including Comment bien vivre avec son corps (Albin Michel, 2003). She has also published A corps consentant (Seuil, 1996; Lexitis Editions, 2011), a book on pregnancy written in collaboration with her mother.

The Body has its reasons, published in 1976, translated into fifteen languages, poses another look at the body, questions the conventional wisdom about him and has a gym at odds dressage muscles.

The Body has its reasons

« Exactly where you are at this very moment, there is a house that bears your name.

You’re its sole owner but, a very long time ago, you lost the keys. So you stay outside; you’re familiar only with the façade.

You don’t live in it. That house, the hideaway of your most deeply buried, repressed memories, is your body. »
« We are told that the body needs to be stronger, that we need to sweat and to perspire.

Therefore to be in shape, we bike, we hang upside down, we jog, we lift weights. 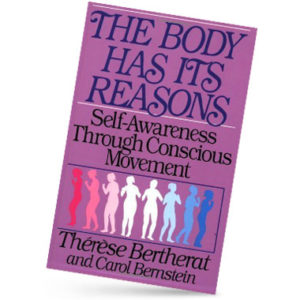